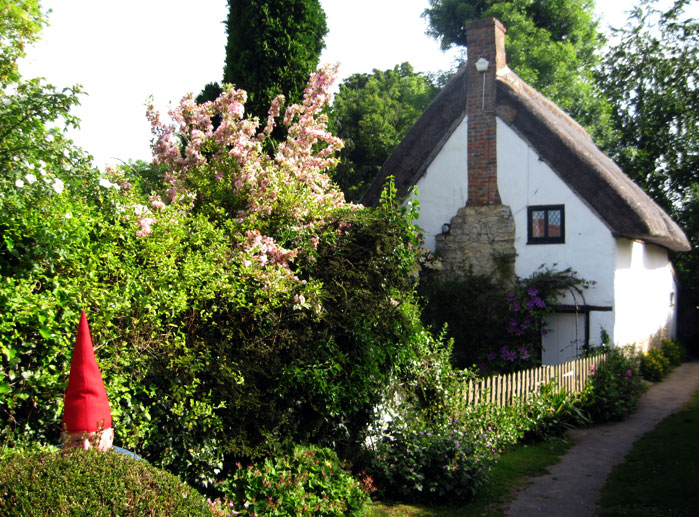 We were commissioned by Cuddington Village to deliver a project to run alongside their 2009 fete, themed Cuddington’s Gnomes at Home. We ran theatre and storytelling workshops with 20 children and grandparents, leading to a series of ‘pop up’ performances around the village and a Gnome Home installation of the village green.

It was heart-warming to see a cast of varied ages performing so well and clearly enjoying themselves. Gnome Sweet Gnome was a highlight of the fete and was not only a celebration of the Gnomic life but also confirmed the human ability to places oneself in another skin. Peter, Cuddington resident

What a superb effort from you and your team! Everyone I’ve spoken to thought the performances were great fun and the whole installation added enormously to the atmosphere on Fete day, Rosemary, Fete Committee member

I had a lot of fun being a Gnome and wish we could do it again! Louis, aged 8

We are incredibly grateful to Arts Council England for enabling us to continue our work over the next six months with funding from The National Lottery.  This is crucial timing for us as we can now keep our projects alive so that in 2021 we are ready to roll! We will be creating and sharing…